In just a few days, Super Bowl Sunday will arrive. And as millions tune in to watch, there is sure to be plenty of eating and drinking as well. Since the big game is played on Sunday night, most people will be going to work the next morning. That means people will be wanting to get home from their parties, with some driving while intoxicated. Not only is driving under the influence illegal, but it’s extremely dangerous.

According to MADD, mothers against drunk driving, 41 people were killed in drunk driving crashes on Super Bowl Sunday in 2018. The 41 deaths accounted for 39% of all traffic-related deaths on that Sunday. Additionally, in 2014 BACtrack, a company that specializes in breathalyzer tech, gathered blood alcohol content data from its users during the Super Bowl. From their data, they found that the average BAC reading was .091%, which is over the 0.08 limit to drive. Undoubtedly the researchers worked with a small sample size, but considering the major event, many people certainly exceeded the limit as well.

How To Get Home Safe

Unless you are the one hosting the party, you’ll likely be driving yourself or with someone to and from the gathering. If you know you will be driving, avoid alcohol or limit yourself to a drink or two. The risks a person takes when driving even a little “buzzed” include police categorizing it as driving under the influence. Instead of taking a risk, drivers have plenty of options to avoid an accident, arrest, or worse. Ride-share presents drivers with a convenient option plus the ability to split fares, and cabs are still a classic option. Other than finding a ride, you could consider being the designated driver and ensuring the safety of yourself and others.

Since the dawn of the texting era, distracted driving has been a problem on roadways. In response to more and more distracted driving tickets and resulting accidents, insurers have increased their penalties. For a while, Read more… 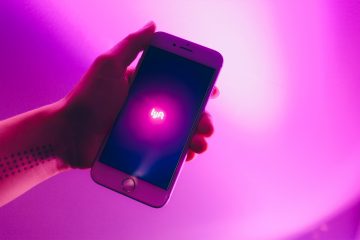 Lyft, the popular ride-share company, has launched its monthly subscription service just in time for the holiday season. The subscription includes improved airport access, surprise offers, and discount rides. The idea behind the subscription is Read more…